Listening in to the soundtracks of Padmavati,1921, Kaalakaandi, Mukkabaaz, among others was an enthralling soundscaping experience this week.

Padmavati, Kaalakaandi & Others
At the time of writing, the two released songs of Padmavati are further proof of Sanjay Leela Bhansali's incredible musical sensibilities. Ghoomar is probably the best of the Shreya Ghoshal-Bhansali collaboration. What festive spirit, rousing chorus, percussion, combined with vintage Ghoshal vocals! Ek Dil Ek Jaan in the same space as Aayat from Bajirao Mastani (2015), the touch of soul lingers in this brief, mellow turn.

The 1921 soundtrack is one-tone despite irregular intensity, flowing in one melancholy, drawn-out, lovelorn, redundant Aashiqui 2 (2013) space, minus the latter's magic though.

Kaalakaandi looks to repeat the iconic ribald creative fountain of Ram Sampath's Delhi Belly (2011) with little success. Incidentally, debutant director Akshat Verma wrote Delhi Belly, deja vu is the norm here. There are sparks like the zany jazz trumpet loudness in Jive With Me and a scruffy fun male chauvinist statement in the Swagpur Ka Chaudhary rap, the rest misses the mark. 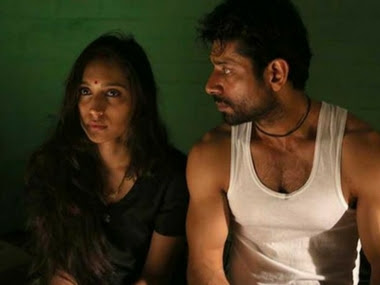 Also, check out the unconventional take on the wall lizard in Chhipkali! Yes, that's how offbeat this one goes. A strong folk background and Director Anurag Kashyap's rebellious stamp give the songs a grizzled, rusty texture.

Paintra
Ravi Kishan's dialogues punctuate Paintra, a dance/EDM number that talks about how lobbying and leaning on influence goes a long way in India. In rapid chit-chatty rhythm, we get social truths rolled out one after another. It is a story seldom told in a Hindi film song. The barb on TV news channels is cleverly camouflaged:

(these TV people blabber
without reason,
their work is to destroy,
to fight and get ahead is your duty,
keep flying
keep flying)

Sample the knockout lyrics at the fag end:

(whose hooliganism pays off
becomes a political leader,
then he will make the country great,
he is called a supreme leader)

Bollywood Songs Of the Week